I’ve opened a few Sketch documents lately that specify fonts I didn’t have installed. Something like the TypeKit integration in Adobe’s Creative Cloud apps could smooth the process of acquiring missing fonts. 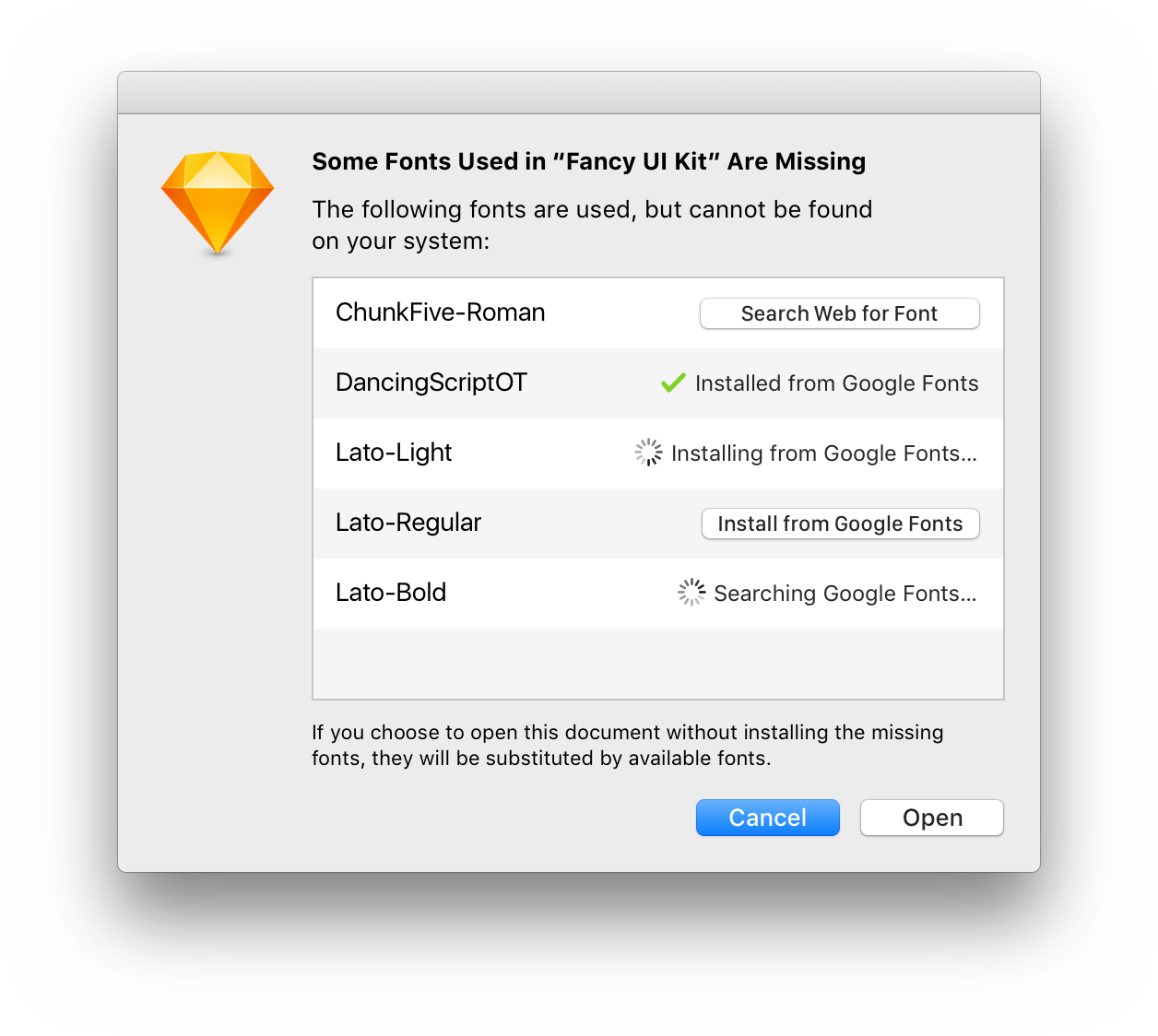 James Young pointed me to the FontBuddy plugin by Anima.